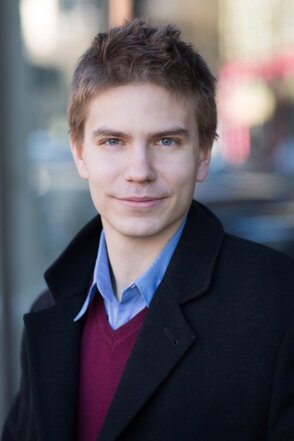 Pauls Macs is a director/producer from Seattle. He is currently enrolled in the Directing MFA program at The New School for Drama in New York City.

​He recently directed The Concert For America at The 5th Avenue Theatre, and directed/self-produced Gutenberg! the Musical! at The JewelBox Theatre in Seattle. He is the creator/producer/director of the Ho'tunes cabaret series, a holiday cabaret that features the most scandalous songs in the musical theatre canon.

From 2015-2017, Pauls was the Executive Assistant to the Artistic Directors of The 5th Avenue Theatre. At The 5th Avenue, he has also worked as the Writing Assistant to Tony Award winner Rupert Holmes on the world premiere musical, Secondhand Lions, served as the Assistant Director on productions of A Christmas Story: The Musical, Spamalot, and Oliver, as well as worked on the directing staff for Grey Gardens, Oklahoma!, and Cinderella.

Pauls has directed The Drowsy Chaperone, The 25th Annual Putnam County Spelling Bee, Urinetown: The Musical, The Prince and The Pauper, Pub Trivia Cabaret, The Musical of Musicals: The Musical, and Machinal.

At The New School, he has been focused on the creation and development of new work, including devised pieces using the process of Moment Work developed by the Tectonic Theatre Project.
Powered by